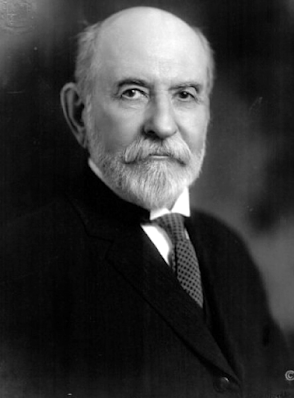 In a recent release, the Associated Press cites an Interior Department statement that the U. S. Fish & Wildlife Service plans to launch a “multiple-year” process to “engage Tribes and stakeholders” to consider restoring bison on the Charles M. Russell National Wildlife Refuge. The process, likely an environmental impact statement or an environmental analysis tiered to the current CMR Refuge plan/EIS, is expected to begin in July.

Almost immediately after the AP announcement, Montana Governor Gianforte was quoted as saying the plan “raises questions about federal intrusion into state wildlife issues.” Currently, there are no public-trust, wild bison year-round in Montana, where restoration of bison has been opposed for many decades. Recently, the 2021 Montana legislature passed two bills that would render bison restoration in the state impossible. One of these, already signed by Gianforte, provides any county commission with power to veto any bison transplant within a county, even on a federal refuge. Moreover, the Gianforte administration has attempted to commit Montana to not consider bison restoration for at least 10 years.

Under the National Refuge System Administration and Improvement Acts, the FWS is required to ensure the biological integrity and diversity of refuge resources to benefit all Americans. Restoration of species is encouraged “where appropriate”. In this, the FWS must “coordinate, interact and cooperate with state wildlife agencies. But, when state obstinacy and actions conflict with federal statutory obligations, courts have recognized a preeminent federal role.

Although the details are yet unclear, the FWS intention to proceed toward restoring bison as a keystone species on the CMR Refuge is encouraging. However, the Montana Wild Bison Coalition opposes using Tribal bison and management as a solution to state opposition against bison on the CMR. FWS and Secretary of Interior Haaland have an obligation to restore diversity and integrity of biological resources on the Refuge for all American citizens - the many, not the few.

Posted by MtWildBison at 16:53 No comments:

Their petition follows a similar December petition to the Biden administration from the Rocky Mountain Tribal Leaders Council. It echoes widespread Native American advocacy for increased Tribal influence over management of resources in National Parks and Wildlife Refuges.

The current petition notes that federal leadership is necessary due to recent actions by the Montana legislature and by Governor Gianforte to prevent any restoration of public-trust wild bison in our state. It advocates planning by a CMR working group consisting of Tribal representatives and federal managers. Notably, no non-Native American citizens would be represented until options have been developed for a decision under an environmental impact statement. A bison herd “that is cooperatively managed by several tribes” is envisioned.

In Montana, there are hundreds of bison on six Tribal reservations. These are tribal-trust bison managed to benefit Tribal members. Appropriately, cultural, spiritual, commercial and nutritional values have been emphasized. Now, the Montana American Indian Caucus requests “one of the largest bison herds in North America” on the CMR Refuge, “managed by Tribal wildlife managers and biologists” for “cultural, spiritual and economic” values to the Tribes.

In contrast, there are no public-trust wild bison, year-round, in Montana. Public-trust bison would be managed democratically to benefit all citizens, including Native Americans. On the CMR Refuge, under the mission of the federal Refuge System and the CMR Conservation Plan, ecological and biodiversity values of a bison herd would have precedence; but the recreational and economic values of tourism and public hunting would not be neglected.

Montana American Indian Caucus members are correct. Montana legislatures and administrations have failed to fulfill public-trust responsibilities with bison restoration for many decades. Recent actions by the legislature and Governor have been the most severe and blatant expression of this betrayal of trust. Thus, sovereign federal leadership is necessary to restore bison as a keystone species on the people’s CMR Refuge.

However, not more tribal-trust bison, but Montana’s first and only public-trust bison herd is needed on the CMR to accommodate the aspirations of all Americans for maintaining a truly wild bison herd and wild prairie ecosystem in the Northern Great Plains. Secretary of Interior Haaland should be petitioned to recognize this egalitarian national responsibility. It is time to fulfill federal statutory obligations by proceeding to restore public-trust wild bison on the CMR Refuge, if necessary under federal management without support of the state government.

Posted by MtWildBison at 14:16 No comments: